I am alive part 2

And as I promised, here is the big update that I have been talking about:
My Prussians are based on the Großgörschen OoB from the General de Brigade scenario booklet.
Basically a battle where Napoleon trapped his pursuing enemies by setting up a trap and once he had the enemy in place he flanked them with the Imperial Guard.
Napoleon won the field but his lack of cavalry meant that he couldn't capitalise on it. Blame the Russian winter for the lack of horses...
Now, let me show you what I have been up to ...
Some of you might remember my 24 strong West Prussian Grenadiers that I painted quite a few years ago ( West Prussian Grenadiers ).
Well, here is the rest of the Brigade:
﻿ 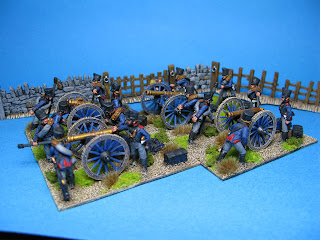 and finally a group shot of the infantry. Please note that the battery and the grenadiers are not shown for practical reasons. I had no space to fit them inside the same picture... 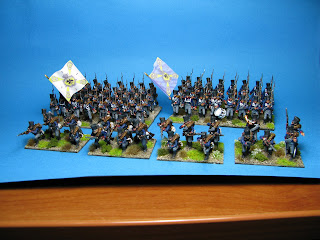 As always all figures are 28mm Perry based in Renendra and Litko bases. Flags are by GMB. Flock and turfs are from Woodland scenics and the Army Painter.

Next in line are 32 Silesian Fusiliers and two battalions of Silesian Musketeers...